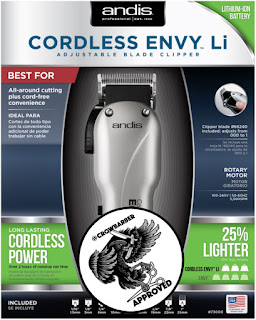 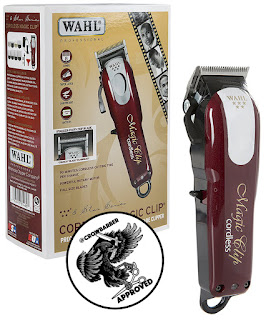 I feel like taking a cord off of a clipper is long past due. I’ve seen other trades get cordless everything for awhile now, and it seems that the major clipper companies and the engineers that they’re employing have dropped the ball for over a decade now. That said, with the emergence of this tech, especially as far as lithium ion batteries go, barbers are rejoicing and embracing this technology. I’d go so far as to say that we’re going a little nuts over these clippers. I know that I want a cordless clipper that does everything that my corded ones do, with the same power and a battery life that lasts, and Andis and Wahl are coming close. I’ve already written about what I think about the Supra ZR, and Andis has taken my money and replaced my Oster 76s and Series 10 without me looking back. When it comes to the cordless levered clippers...they’re pretty damn stellar, but there are drawbacks to even the industry leaders.

First off, let’s talk about the Wahl Cordless Magic Clips. As far as cordless clippers go, these seem to be the most popular ones on the market, and for good reason. They’re fairly powerful, you can zero fade with these clippers, and the gap-toothed blade that adds texture to the hair while to taper or blend. These clippers are lighter than most in your hand, so if you’re someone that hates the Andis Masters, or Wahl Seniors, these clippers seem weightless in comparison. And they’re cordless. No longer are you tethered into having to pull at your cord when you want that little extra length. With these you can turn the clipper upside down and walk away from your station. For house calls, you can now pull a clipper out and cut someone’s hair anywhere and look like a boss for doing so. These clippers are legit.

Saying that, I have to highlight what I don’t like about these clippers. Their battery life...not the greatest in the world, but not the worst either. If you want to run these clippers all day with every client, you are going to have to buy two (or more) of them, and I don’t think Wahl minds that this is the case. If you buy a corded Magic Clip, you only need one of them. With the cordless, I’ve seen setups with people running as many as 4 of them at the same time, one with a balding blade, two with the crunch blade, and so on. This is not ideal, but I’m sure I’ll hear from a couple people that there is no better clipper, and for them, I’m sure that is true. When you run the battery down on the Magic Clip’s their power turns into garbage. You couldn’t cut a newborn’s hair with them, let alone a massive head of coarse hair. So, the battery, although better than previous cordless clippers, still needs a little help.

Longevity-wise I’ve worked in a shop where most of the barbers running these clippers are on their seventh or eighth pair in a year. You do that math on the expenses for those clippers. And there are a lot of barbers in my shop that started with one of these and ended up giving up after the first one broke. A lot of them have prongs that are falling out where you attach the cord for when you need to charge them, and there are other issues as well.

A lot of people don’t like the crunch blade that comes with them, they say it snags the scalp or doesn’t get close enough, but I haven’t had any issues with the blade and think it cuts really well.

So, the Cordless Magic Clips are far from perfect, but they are a revelation for barbers that have being craving cordless clippers that perform close to, or as well as, corded ones. Keep in mind when purchasing these that they will not have the shelf life that the corded ones have, and that is what has kept me from switching to these clippers completely.

Andis has been a little behind Wahl when it comes to cordless clippers, which is why I think that the Envy doesn’t have quite the same rabid fan-base that the Wahl Magic Clips have, but I think that they are a better clipper. The Envy’s are a powerful clipper that you can adjust to a 000, and they are up there with the Magic Clips in terms of power.

It is the battery on the Envy’s that makes these (in my eyes), the better clipper. The Envy’s have two hours+ or continuous run time, and while they lose a little power later into the battery life, I wouldn’t say the drop is as significant as the Magic Clips.

The blade that comes with the Envy’s is a wicked blade that leaves the hair looking smooth, but with that classic Andis grain that is a little rougher than the Magic Clips. To tell the truth, I’ve taken my Envy’s blade off and replaced it, but I’ll come to that later.

I’ve had my Envy’s since they released, and while I don’t use them on every customer they show no sign of wear and tear, and are cutting like the day I bought them. I have rarely run out of battery life on them, and I charge them about every other day, but they are used lightly as I use them mostly on kids and with beard sculpting, with the occasional nape taper thrown in for good measure.

The one thing that I hate about the Envy’s are the guards that they have for them, the single magnetic guards or the ones that come with them in the box. The 0 and 1 guards are phenomenal and blend everything perfectly, but when it comes blending between the one and the two guard, there is a small gap that appears and this annoys me to no end. Yes, I can scoop the blade out and taper with the 1 guard, but I like seamless transitions between my guards, making this ‘oversight’ ridiculous to me. I talked to an Andis stage artist about this on Instagram and he rudely told me that I should just take it out with clipper over comb. I could do that...or I could just take a Wahl crunch blade from the Cordless Magic Clips and put it onto my Envy’s and have a perfect blend that way, by using the Wahl guards. Yes, I created a monster and it is a monster that I absolutely love. There are no mods required, just take the crunch blade and pop it onto an Envy and you have a fading monster without the annoying guards. Now, if Andis gave me a seamless blend, I wouldn’t have to do this, but since they don’t seem to give a damn about that, Wahl helped me out with that. Best of both worlds.


Also, props to Andis for collaborating with Supreme and making a clipper that is related to high fashion in some regard, as a barber it feels great to have some recognition from that industry in how we are helping shape fashion again.

Now, this is the new kid on the block. It hasn’t been released in North America yet, so I’m just collecting second-hand news on this clipper. Wahl is releasing the Cordless Five-Star Senior in March in N. America and it looks to be another great cordless option, with (reportedly) more power than both of the previous clippers while maintaining the look of the originals Wahl Seniors. If you’ve been following, you know how much I love the original seniors, and when I heard that Wahl was releasing these, I got super excited. I was under the impression that they would last for 4 hours without a charge. Unfortunately that was just a rumour and I’ve now learned that they have about an hour charge before you have to hook them back up. To me, that is fine, because I tackle most of my cuts in two stages (detachable and then levered), but if you just wanted to use the one clipper all day, it would be a bit of a bummer, or you would have to (once again, and I’m sensing a bit of a trend here Wahl) buy more than one of the clippers to have at your station.

In Conclusion
I’m not getting rid of my Andis Masters anytime soon, but cordless clippers are getting to the point where this may happen soon. If any company could get me a clipper with about a 2+ hour charge and deliver on the power that I need (I know you can do it, I own the Supras), I would happily switch over. I’ve faded a fair amount of people with cordless levered clippers and I enjoyed it, but I feel like the cordless versions are still a couple of steps behind the classic corded clippers, and as such, are non-essential gear. If you have the money, however, splash away and get a couple of them and enjoy the power of technology.

Thanks for reading this week...if you like what your reading and also want to purchase something that I’m writing about please follow the links that I leave for you, they get you a premium product at no extra cost to you and also give me a little something as well.
Thanks,
Martin
@crowbarber on Instagram
Follow our YouTube channel (content coming soon)
Email Mjmartinejohn@gmail.com with questions or for joining a mailing list for new articles

Popular posts from this blog 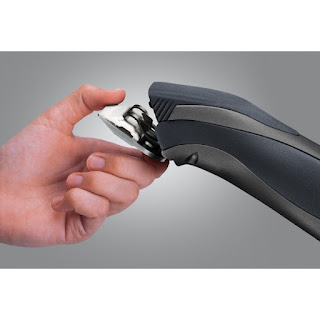 Welcome to Barber Hacks, the website that is going to help you become the most well rounded barber in your barbershop. Beginner and advanced barbering knowledge to help you perform to the best of your ability day to day in the barbershop.
Detachable blade clippers (DBC) are every barber’s friend. What is a DBC? You’ve got your clipper, it works getting through the thickest heads of hair...most of the time. If you get a couple of snags every once in awhile, no big deal right? Wrong. Make your job easier invest in a DBC, a power tool that will cut through every head of hair like butter.  If you are cutting volume, and cutting thick hair often, DBC are your high performance vehicles, that muscle when you want the extra juice, but they are also surprisingly versatile.

I use my DBC to rid myself of all the excess hair and create a canvas that I can fade on, or I use it to lay in the bottom line of the haircut and taper up from that. For a traditional taper (starting with the clipper blades…
Read more 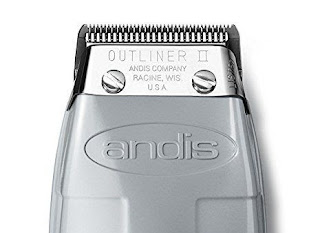 Welcome to Barber Hacks, your FREE online barbering resource to help you be a better barber. Today we’re talking about the trimmers that you’ll need in order be your best barber.
I’ve had barbers tell me that the outline of a haircut is the most important part or the haircut, and there are moments when I agree with that. A lineup is often the part of the haircut that we notice first with fades. When it comes to this technique, the solid lines define our canvases. If you are going to be fading on a regular basis, knowing your trimmer and how to maintain it is key to a great haircut.

Trimmers are baffling to some barbers and stylists. I read comments on Instagram daily that say, “How do you get your trimmers to hit like that?” I understand completely. I remember asking myself how Jamie Foxx’s hairline was so incredibly straight while watching the Oscars one year. This was before I had any idea what a lineup was. As a hairdresser and barber I’ve always felt that you should be as knowledg…
Read more